From 1986 to 1998, all Honda and Acura V6 engines had hydraulic tappets and did not require periodic valve adjustment. In 1999 Honda released the J32A1, J32A2, and J35A4 V6 engines that are found in the Acura CL, TL, and MDX as well as the Honda Accord V6, and Odyssey. This new V6 engine had a “screw and jamb nut” style adjustable valve clearance with an adjustment interval of every 105,000 miles. Unfortunately, Honda’s valve clearance recommendations have been inadequate on some earlier 4 cylinder models, most notably on the 1997-2001 CR-V. For the CR-V, Honda recommends adjusting the valves “only if noisy” at 105,000 miles, yet we’ve seen several CR-Vs with extremely expensive damage to the the cylinder head caused by tight valves at 45,000 miles! That’s 60,000 miles before the first valve adjustment is due! On CR-Vs we now recommend adjusting the valves every 15,000 miles, or a least every 30,000 miles, since it’s not very expensive and it’s likely to save our customers a lot of money in the long run. It’s not so easy to make the same recommendation on the new V6 engines though. We’ve not seen a damaged valve on a V6 motor yet, and then it is not inexpensive to do the valve adjustment. A valve adjustment for some of the V6 models takes 4.6 hours. At $82 per hour, that adds up quickly. For the last 4 years, we’ve not been sure what to tell our customers to do. 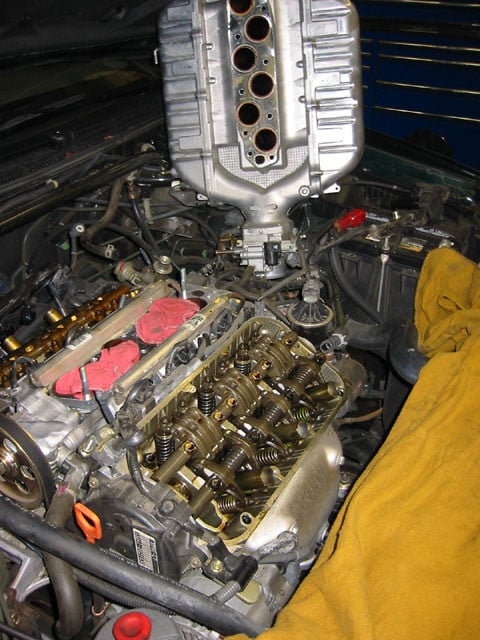 We finally did our first new Honda V6 valve adjustment and here’s what we found:

The car had been driven 120,000 miles in only 5 years – that’s about twice as many miles per year than the average driver puts on their car, so it’s safe to assume that many of the miles were freeway miles. This means that the engine probably spun fewer times per mile. The oil had been changed every 3,000 miles since the car was new.

Our conclusion: This engine was not likely experiencing accelerated wear due to the valve clearance yet. This valve adjustment was done at just the right time for this car. Since this car had an easy freeway life, and most cars do not, 105,000 miles is probably a good interval to do a valve adjustment for this engine. As for Honda’s “only if noisy” recommendation, this is a very bad idea. Only loose valves make noise, not tight valves, and only tight valves get damaged. If the tight valves we found on this engine were not addressed, it would have caused engine damage. This engine did not make any abnormal noises when it came in. We are now recommending a “real” (as opposed to an audible) valve adjustment at 105K for all of the 1999 to 2003 Honda and Acura V6 motors. 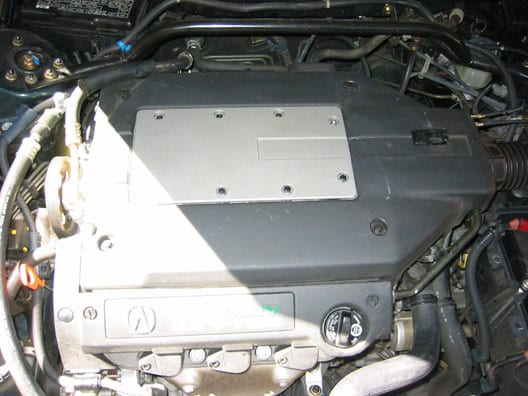