The Acura Integra seems to be a popular car to steal. This will be the second post theft repair we’ve done in the last couple of months. When someone breaks into a car, they will frequently force the glove box open if it’s locked. On most Honda products, forcing the glovebox will break the mounting lugs for the glove box striker, which is an integral part of the dashboard. The dashboard is a very expensive part and it takes a lot of time to replace making it a very expensive job. Below is one of the many ways to fix the lugs to avoid spending a lot of money.

This is picture of the underside of the dash. This is where the dash is broken. 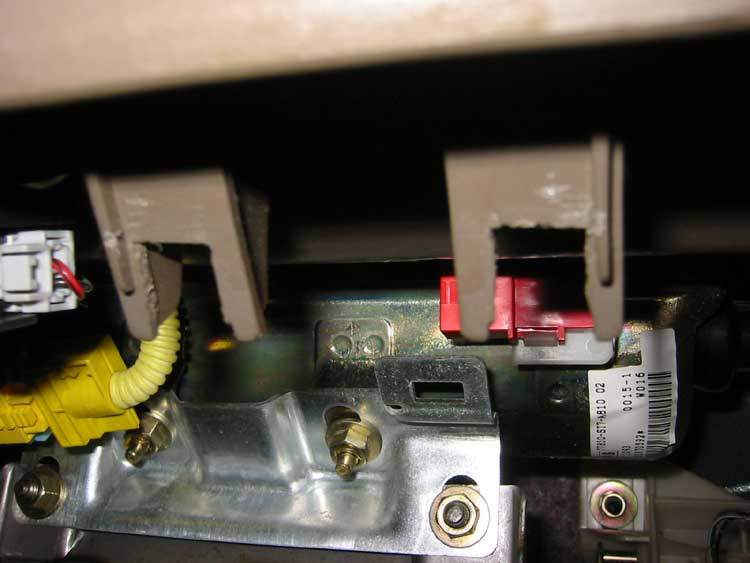 Using a 1/2″ aluminum angle bar purchased from the hardware store, I trim one side from 1/2″ to 7/16″ so it will fit in what’s left of the striker lugs in the dash. Then I drill and tap one hole to hold the striker to the aluminum, and two holes to hole the aluminum to the reminents of the dash lugs. I used the original size threads, but you could use whatever size you have screws for. 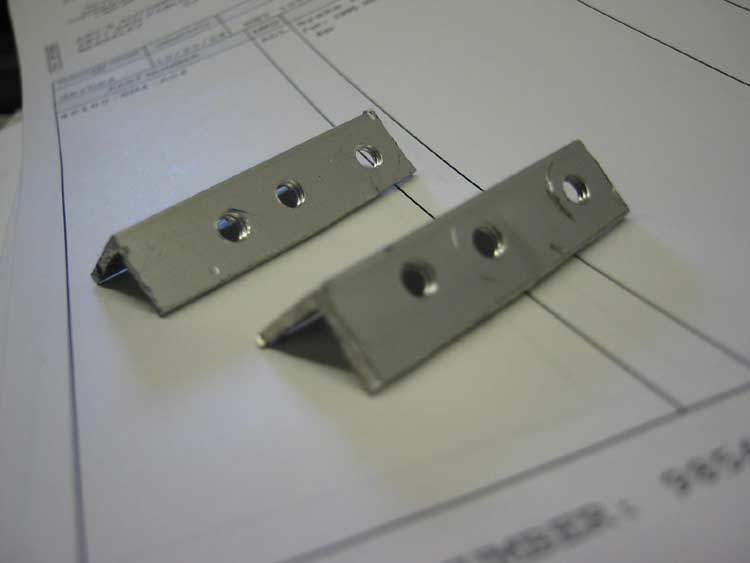 Mounted to the dash

Then drill screw holes in the dash lugs and attach the aluminum. 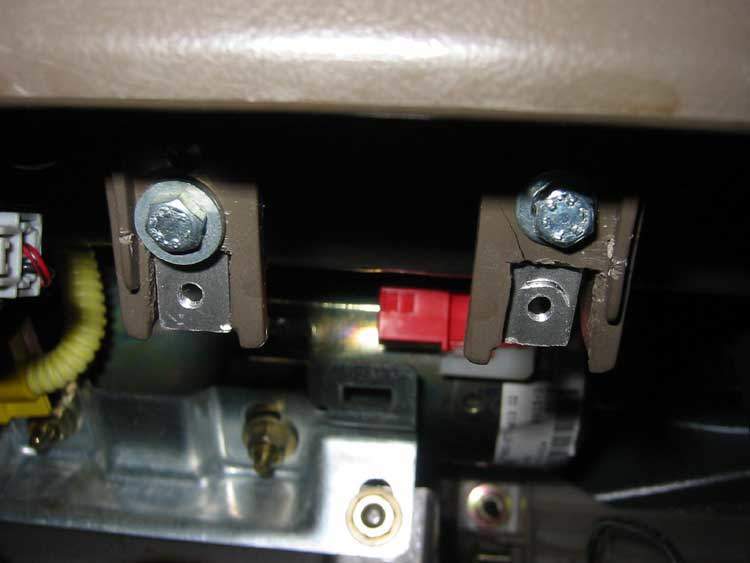 Next I attach the striker to the aluminum. 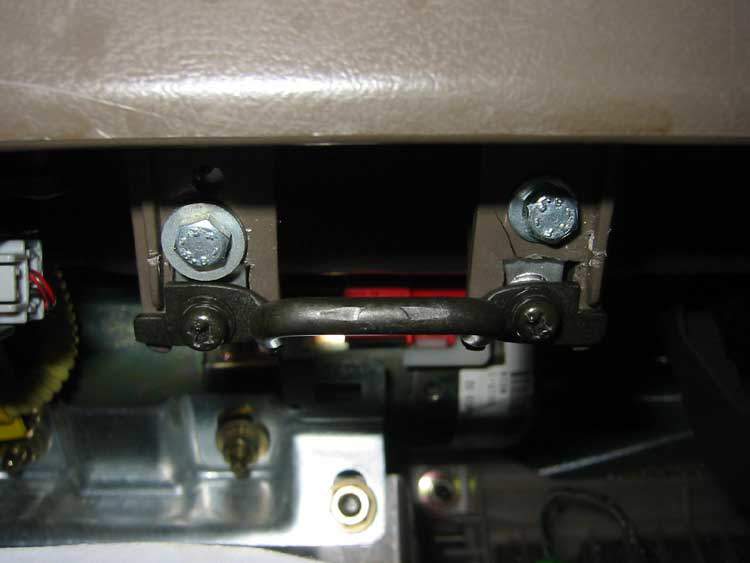 The glove box closes again! It may not be pretty, but it’s out of site and cost about $1400 less than a new dash. 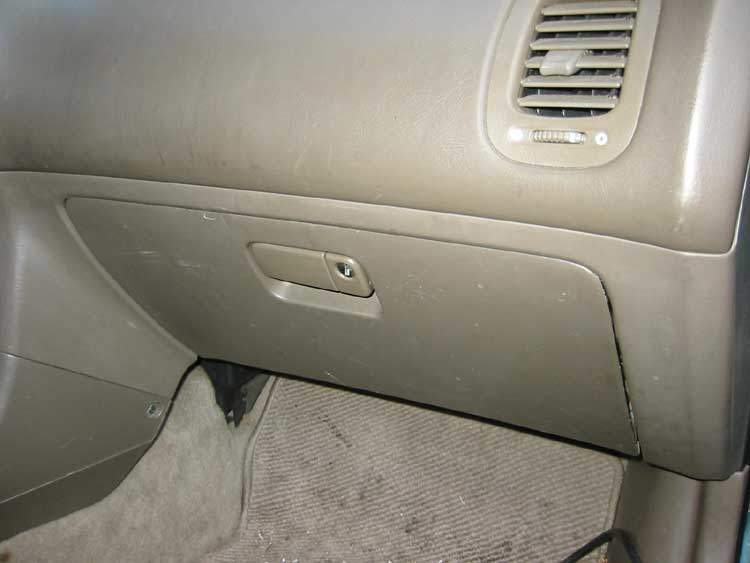