Please note: This is a repair we did in 2006. Today, this repair would be illegal. We get a lot of calls asking if we can do this repair. Sorry, but the answer is no. FIY, this car came back with a P0420 3 years, 53K miles later. The original had lasted 136K, so clearly, the Genuine Toyota is a better product.

The first generation Prius (2001, 2002, & 2003) has an extremely expensive 2 part converter that runs from the exhaust manifold all the way back to the muffler. The part alone is $1532.66 (17040-21261), which makes this a very tempting part to rebuild. We’re finding that many OBDII converters are only lasting 5 years, and some are failing even quicker. Aftermarket weld-in converters are plentiful for Pre-OBDII standard cars, but it’s difficult to find converters legal for use in California. Initially, we were tempted to try a Pre-OBDII converter for this application, but we kept looking, and eventually found a legal replacement that would fit in this very cramped application. 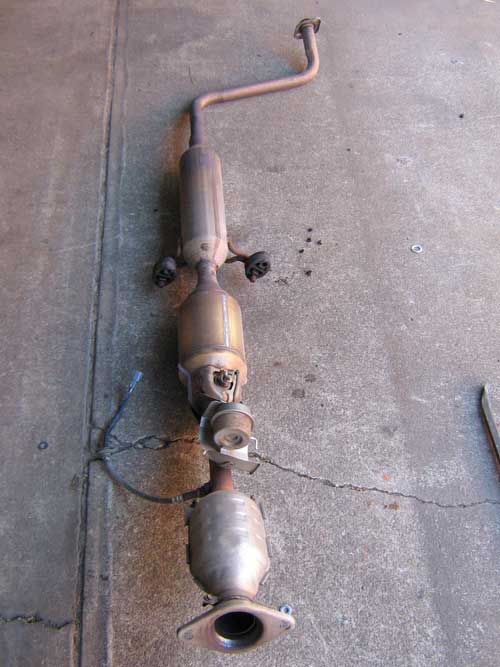 The second part of the converter is currently unique to the Prius. It has a vacuum operated servo that opens and closes a door that blocks off the main passage of the converter. When closed, the exhaust gas is rerouted the through a smaller passage to an HC absorption element (HC stands for Hydro Carbon, which is unburned gasoline) . Catalytic converters must be hot to function properly. By routing the exhaust gas to the HC absorption element, the main element can be brought up to operating temperature before processing the HCs generated when the converter is cold, allowing emissions to be reduced during warm up. In areas where it snows and the roads are salted, the valve can rust and freeze in one position. This California car has no rust to speak of after almost six years of driving. This section of the converter can not currently be replaced with anything but a Genuine Toyota part. 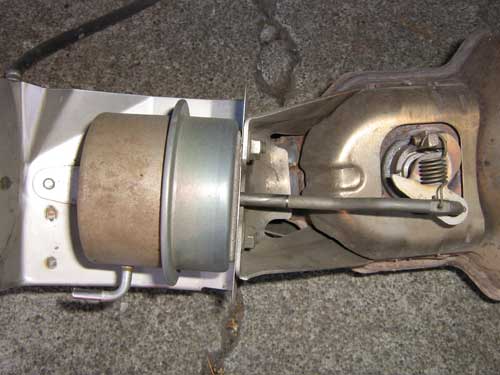 However, this Prius has a problem with the front converter. This is a picture of the front Oxygen Sensor (also called an O2 sensor). This O2 sensor is mounted in the exhaust manifold & measures the Oxygen content in the exhaust. This information helps the Engine Control Unit (also called an ECU or ECM) fine tune the amount of fuel being delivered to the engine. In addition to this function, the ECU compares the signal from the front O2 sensor to that of the rear O2 sensor (behind the converter) to measure the converter’s efficiency in reducing emissions. 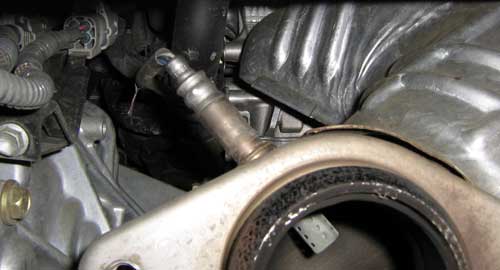 The rear (post catalyst) O2 sensor is the same design as the the front, but it’s reading should be different than the front’s because of the changes in the exhaust gas composition caused by the converter. When the ECU sees the signal from the rear O2 sensor is similar to the front’s, a trouble code P0420 will be set and the check engine light will come on.

The converter is a *very* tight fit, and there is almost no room for mistakes in measurement, cutting or welding. So I spent a lot more time than I normally do making sure to get it right. 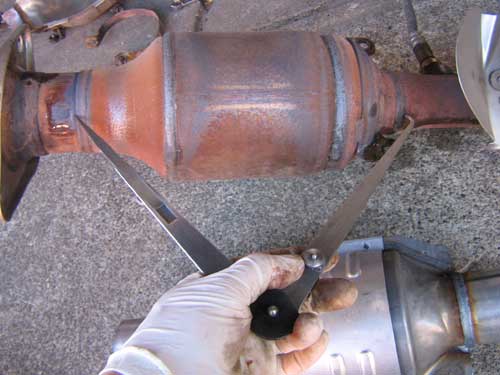 With the measuring done, I perform a converterectomy. 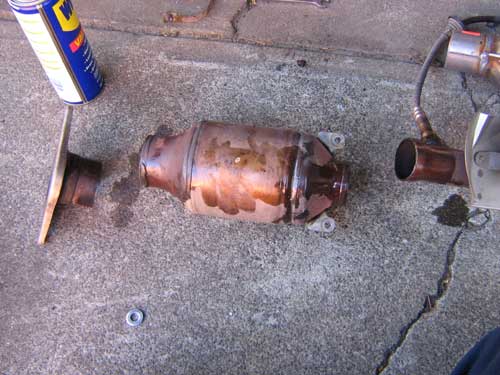 The OBDII / CARB compliant converters look exactly the same as the OBDII federal converters except for this etching in the bottom of the converter. The way our supplier explains it to me, the Federal and California converters are designed to work the same way with the same materials; however, the CARB converters must pass rigorous CARB testing, so the elements have a thicker coating and will hold up better over the long run. Since they are almost 5 times as expensive, I sure hope that’s true!

The crimp flanges on the aftermarket converter prevent me from using my exhaust pipe cutting tool. Luckily I also have a chop saw. 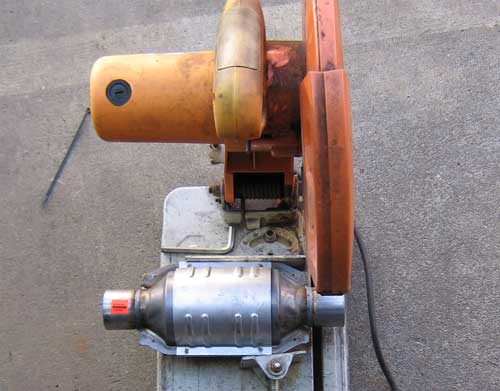 It’s all back together and ready to install. 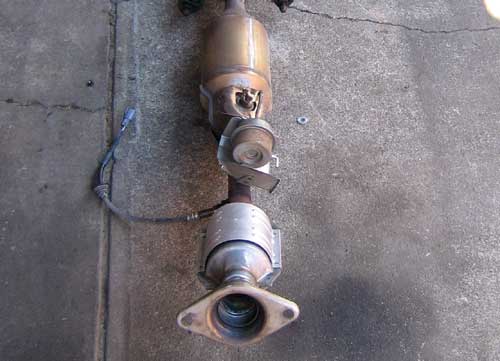 The converter is back in the car with the same 3/4″ sway bar clearance as the OE unit. I hope it holds up as well as the original, but unfortunately, aftermarket catalytic converters usually don’t. Perhaps we’ll find that this is not the case with the new generation of CARB OBDII converters. If this converter lasts 1 1/2 years, it will be an equal value to the Genuine Toyota part, which was 4 times as expensive and lasted almost 6 years. I’m hoping it will do better than that, since we’re always looking for way to provide better value to our customers. 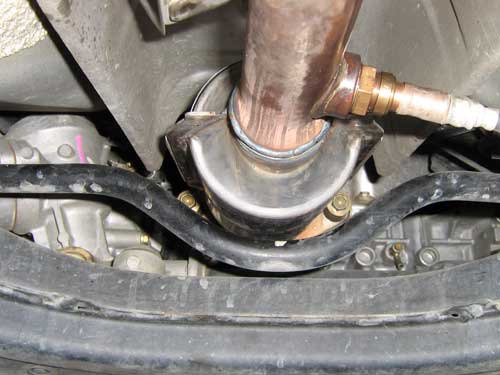