This is an overview of what happens during a clutch repair at Art’s Automotive. 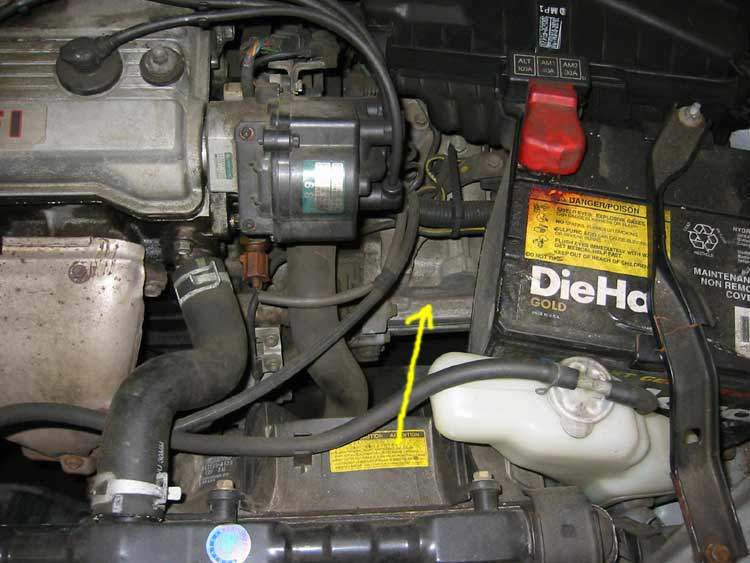 This next picture is the transmission viewed from under the car after the splash shield was removed. The yellow arrow is pointing to the lower control mount on the sub-frame. The transmission will not come out past this mount, so the sub-frame will need to be removed. 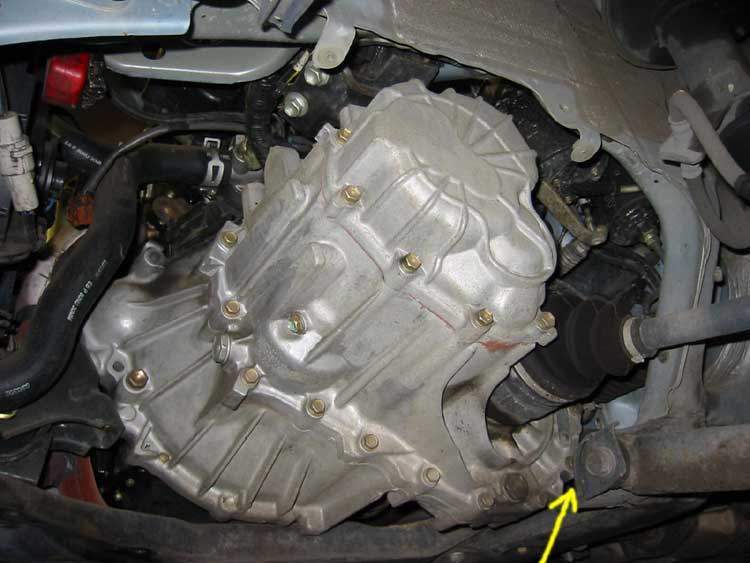 Below is the sub-frame removed from the car. It spans the front of the car, going all the way from the left wheel to the right wheel.

What’s done during a clutch job varies from shop to shop, but here at Art’s we always perform a complete job. To us, complete means a new disc, pressure plate, clutch release bearing (AKA “throw out bearing”), and pilot bearing. We also re-machine the flywheel every time we do a clutch repair, which isn’t the practice at most shops, at least here in the East Bay. It probably goes without saying (but I’ll say it anyway) we replace the manual transmission oil whenever we replace a clutch. 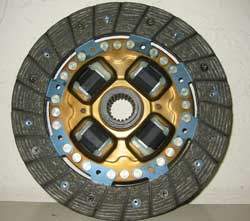 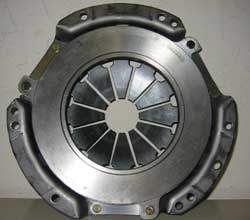 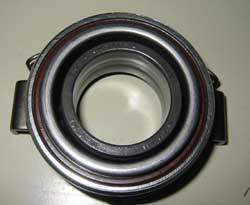 Below is the flywheel grinder. The flywheel is quite expensive, so we won’t replace it unless it’s absolutely necessary. The flywheel friction surface is every bit as important as the pressure plate surface, so it does not make sense to reinstall a worn part without repairing the surface. Most shops either do nothing to the flywheel or send it to a machine shop to be resurfaced. Art wisely realized that even though a flywheel grinder is an expensive piece of shop equipment, it will pay for itself fairly quickly. The cone is made from an abrasive material and spins very quickly. The flywheel is bolted to the table, which turns slowly, just like a turn table on a record player. 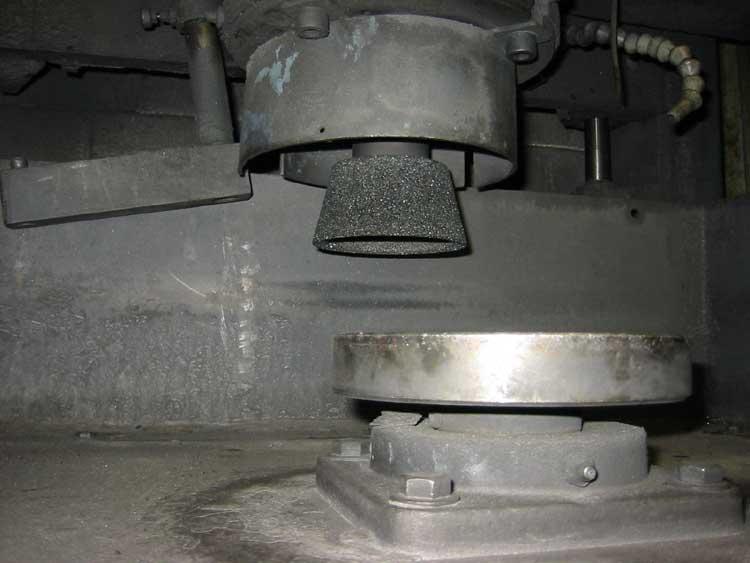 Here’s the flywheel grinder in action. 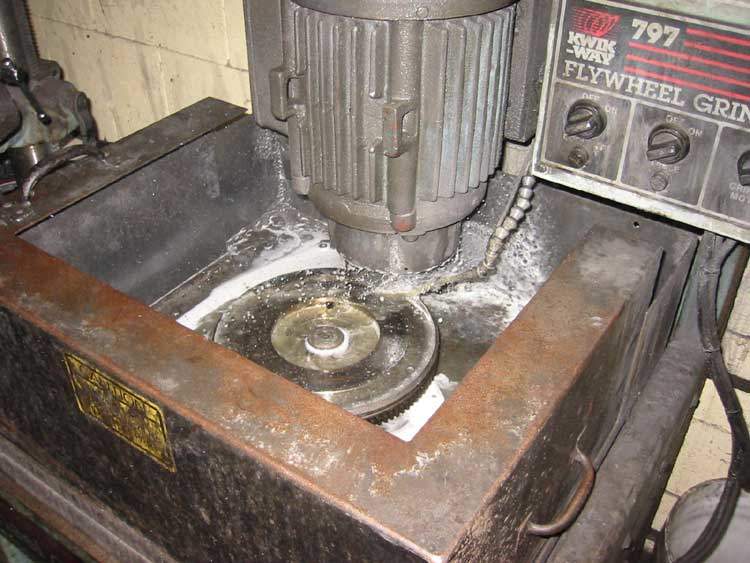 This is the flywheel after grinding. The friction surface has been ground perfectly flat and the “step” (the area the pressure plate bolts to has also been ground to maintain the original flywheel dimensions. 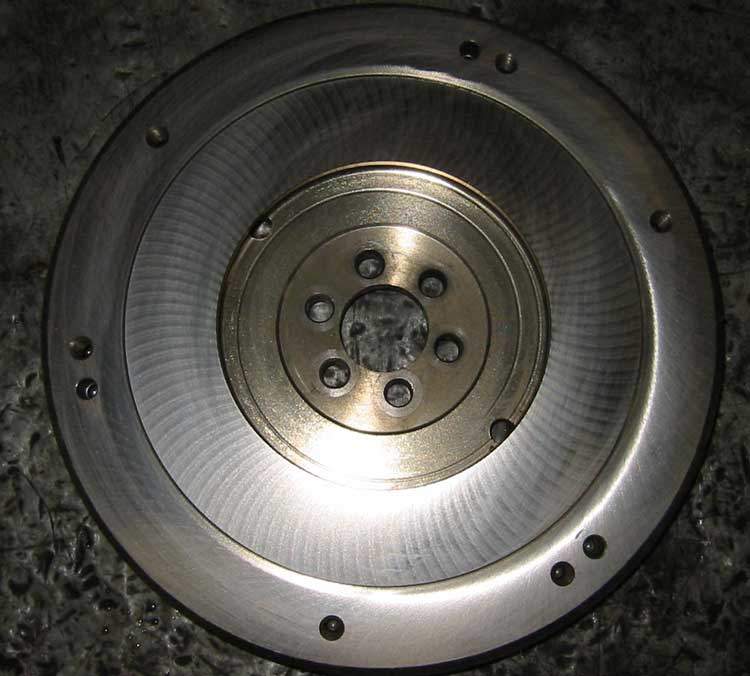 First the flywheel is installed on the car, then the clutch disc, then the pressure plate. Since it’s hard to take pictures of this with these parts on the car, I took the pictures on the bench. 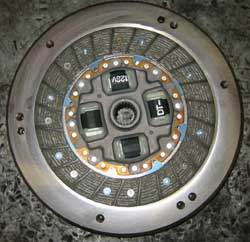 The clutch disc fits between the flywheel and pressure plate after bolting the flywheel to the crankshaft. Some mechanics feel this is the only part that should be replaced during a clutch repair unless other parts are obviously worn out. Not us. Since the bulk of the repair cost for a clutch job is labor, all of the parts should be replaced every time, even if they seem OK. 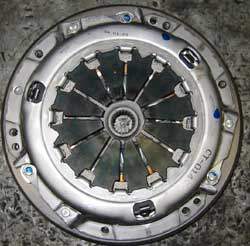 The pressure plate installed and bolted to the flywheel. 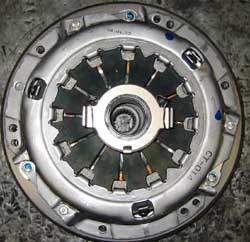 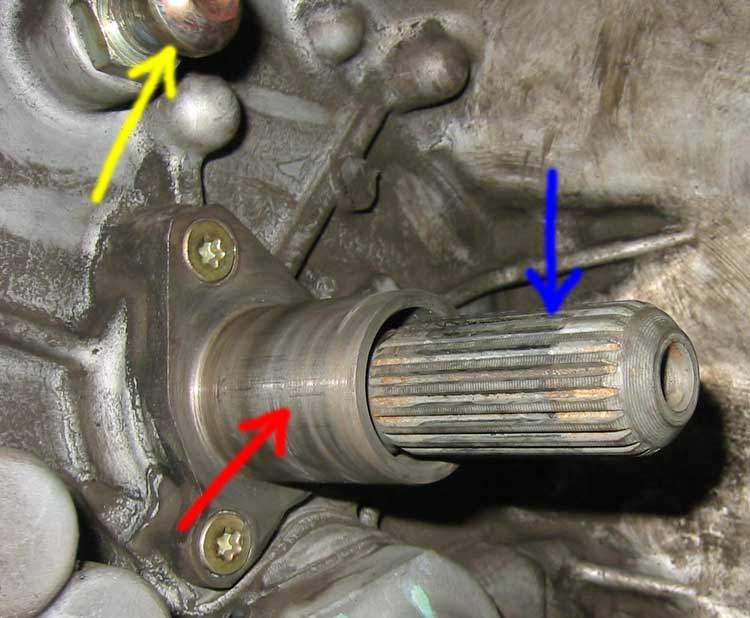 This is the inside of the transmission bell housing after the release bearing and fork have been installed. 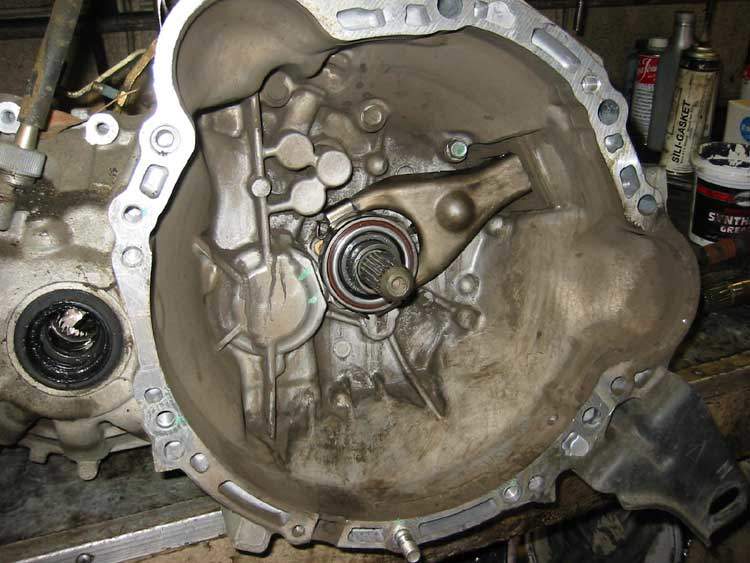 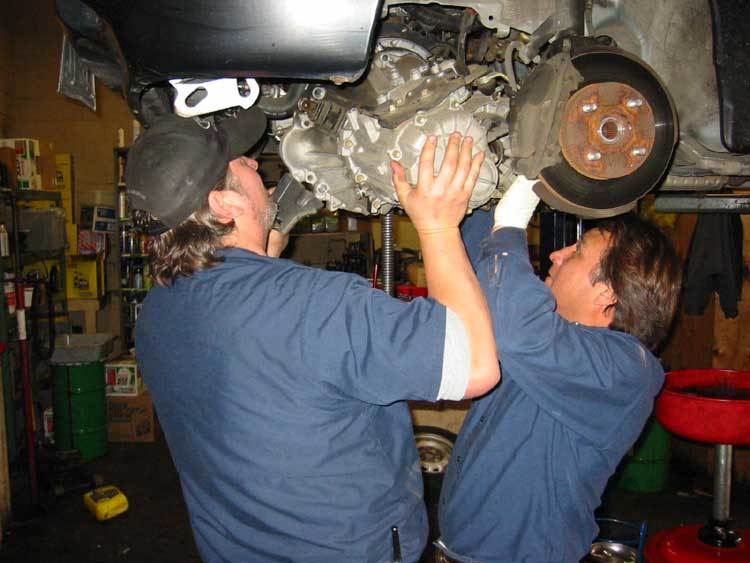