With Honda’s post 2000 model year valve adjustment recommendations being seven times less frequent than the recommendations for prior model years, I have to wonder if Honda has really created the everlasting valve, or whether they are just trying to make their cars seem inexpensive to maintain at the expense of your car’s longevity. The 1997-2001 CRV’s troubles with tight valves, and their expensive out-of-warranty repairs long before their first scheduled valve adjustment, certainly casts doubt in my mind as to Honda’s claim that the same type of valves that formerly needed adjustment every 15,000 miles, now did not need adjusting until 105,000 or 110,000 miles. We’ve decided to do early valve adjustments on some of the post 2000 Hondas to get an idea of how they really wear and whether we should be recommending something different than what Honda is recommending. The alternative is to wait and see if some of our customers end up with ruined engines by following the factory schedule.

Our first experiment was on a 2003 RSX with 26K getting an early 30K service. Our customer would rather be safe than sorry and agreed to do the valve adjustment done early too. In this case it looks like we’ve wasted her money. The valves were perfectly adjusted. We’re going to check another at 45K and another at 60K and so on. I’ll update this page as soon as we have a solid recommendation.

This engine is definitely different from previous Honda designs. The timing chain is one big change. I can’t think of a single Honda pre-2000 car that has timing chain.

Another change is the exhaust manifold on the back and the intake on the front. Many of the Toyotas are sporting this design change as well. I don’t know what the advantage is, but there must be some benefit. 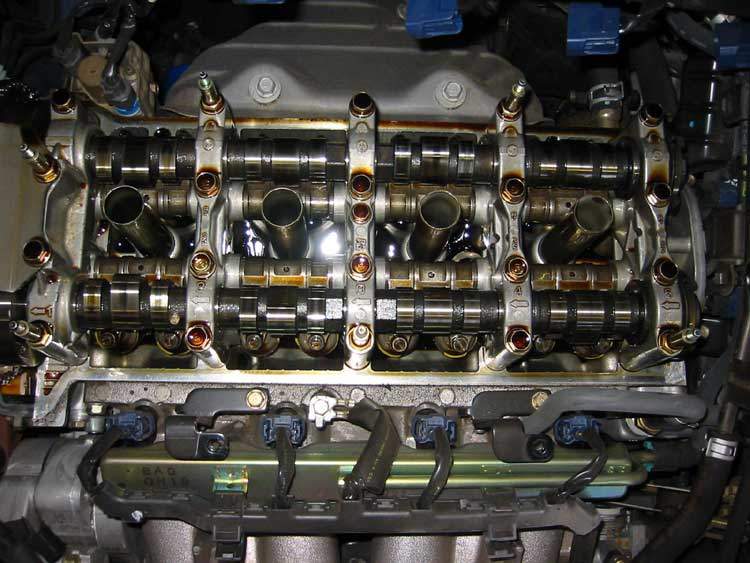 The VTEC valve system is old news, but still pretty cool. Note that there are 24 valve lobes even though there are only 16 valves. The extra 8 lobes have greater lift and duration for better high RPM output. Normally these lobes push on a rocker that’s not attached to anything, but once the computer decides it’s time, it opens the VTEC solenoid (upper left side of the picture), and the free floating rocker is locked to the rockers on either side of it with oil pressure actuated pins. This way, there are two separate cam profiles, a mild profile for a smooth fuel efficient idle and an aggressive profile for more power at higher RPMs. 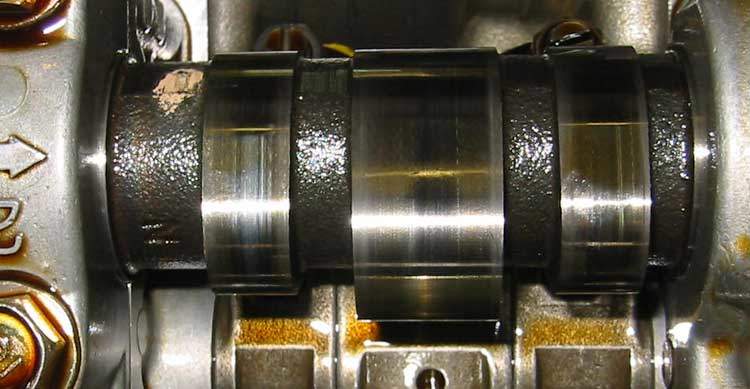 The style of valve adjustment is exactly the same as every Honda I’ve ever seen: the screw and jam nut style. These tend to go out of adjustment more often than valves with a shim type of valve adjustment. This is one of the main reason we’re worried about the 110,000 mile interval. If Honda had switched to shim style valves, I don’t think I would question their interval recommendation. 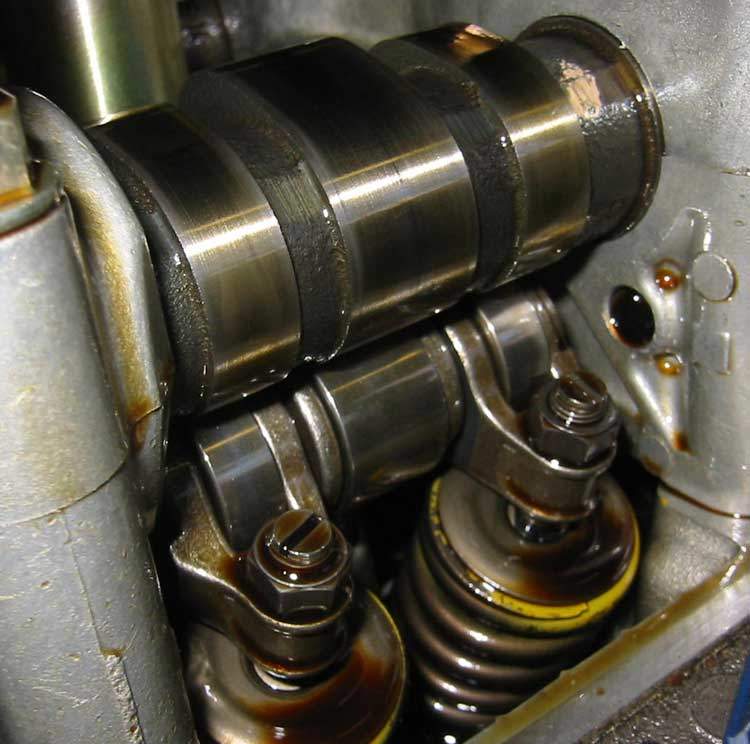